The purpose of the Association is to create a platform for the enhancement, promotion, further development and deeper understanding of the F.M. Alexander Technique.

To achieve this goal, the Association organizes international congresses by way of appointing and contracting with independent Congress Directors who have independent financial control. At the same time, it also fosters links and creates possibilities for new contacts between teachers of the Alexander Technique and the general public.

Alexander Technique Congress Association is a Charitable Incorporated Organisation registered with the Charity Commission for England and Wales. Registration number 1192471. 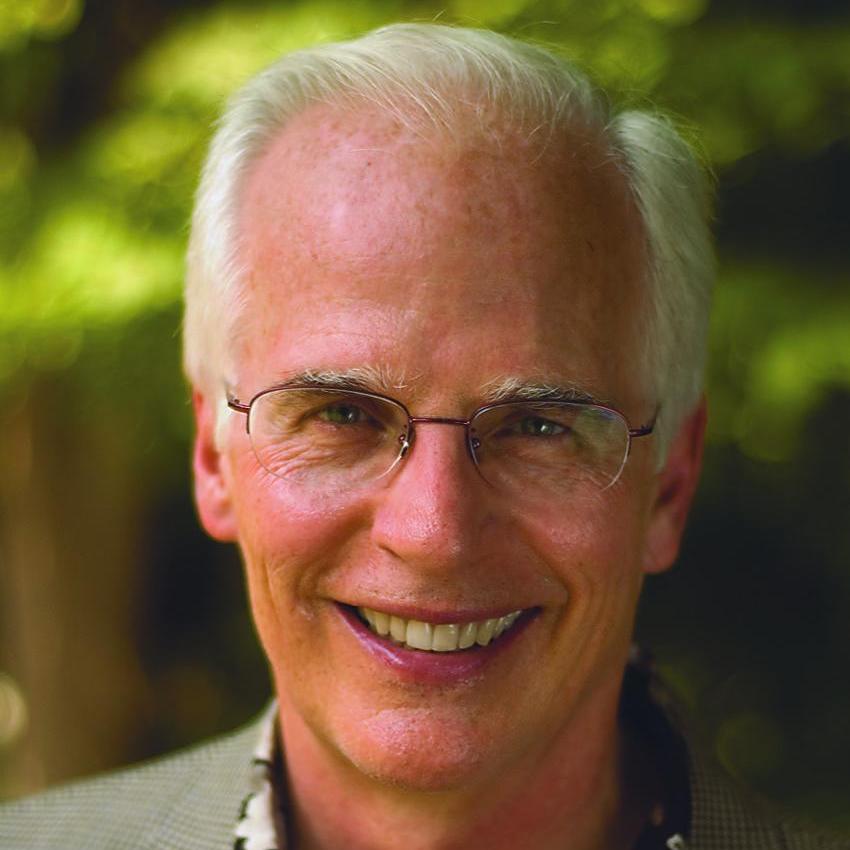 Michael D. Frederick is an internationally recognized teacher in the field of psychophysical re-education. He trained as an Alexander Teacher in England with Walter and Dilys Carrington and in America with Marjorie Barstow (all master teachers trained by F.M. Alexander in the 1930s).

He studied in the U.S. and Israel as a Feldenkrais Practitioner with Dr. Moshe Feldenkrais and has extensive training in the Yoga tradition of T.K.V. Desikachar from Madras, India. Michael also trained as an actor at The Bristol Old Vic Theatre School, Bristol, England and completed a two-year training in the work of Sanford Meisner at the Baron-Brown Studio in Los Angeles. He has a B.Sc. Degree in Speech & Theater from the University of Wisconsin-Whitewater ’68.

Michael worked for two years at the Los Angeles Philharmonic Institute and taught for over a decade in The Old Globe Theatre’s MFA Acting Program at the University of San Diego. From 1994 to 2000 Michael organized Alexander Technique Master Classes with Marjory Barlow (F.M. Alexander’s niece) and Elisabeth Walker in San Francisco, Basel and Paris. 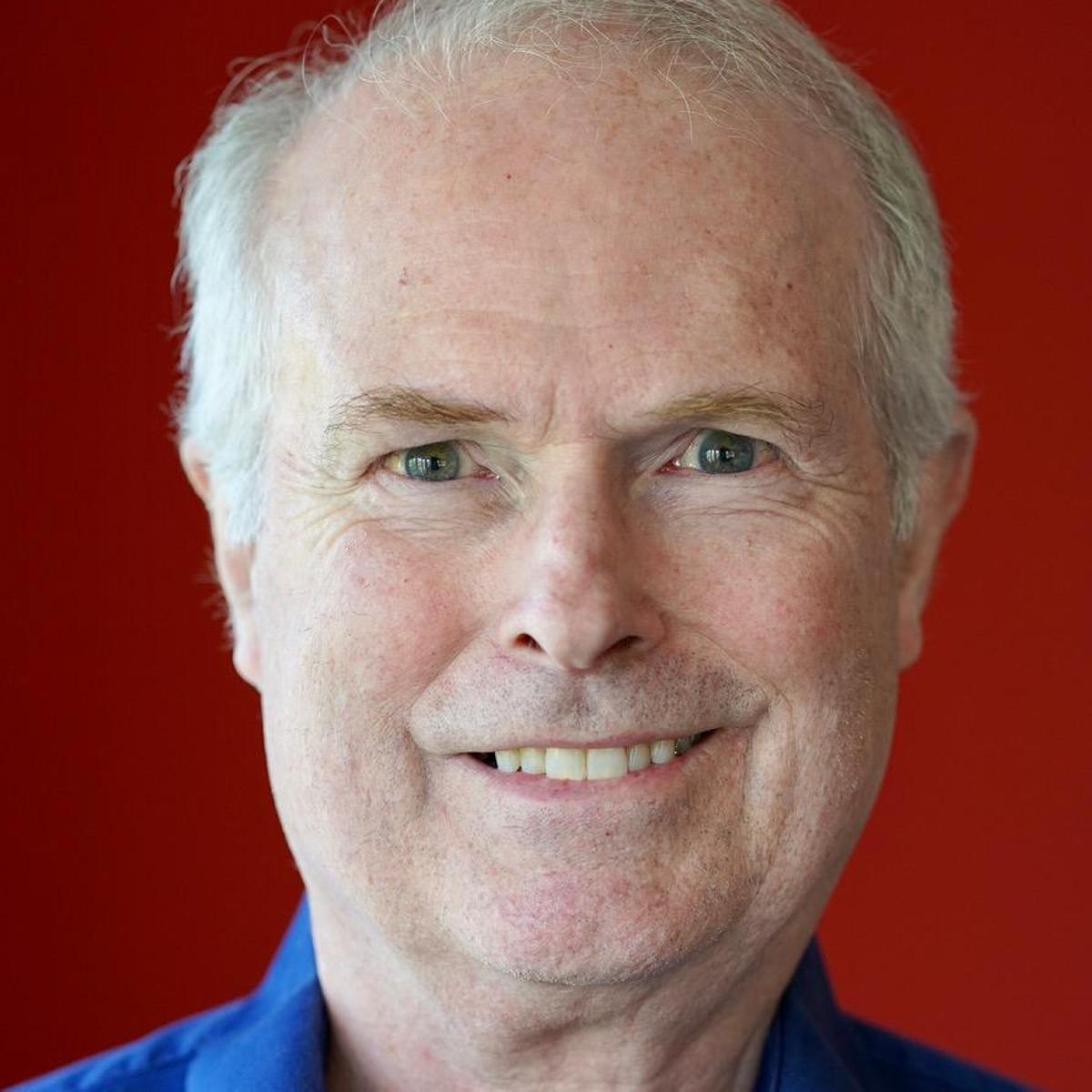 Bob was one of the directors of the 2011 9th International Congress of the Alexander Technique in Lugano Switzerland, and continues to serve on the Board of the Alexander Technique Congress Association. He was awarded the George S. Sarlo award for Excellence in Teaching in Colleges and Universities in Northern California in 2012, and served as the Department Chairman of “The Complete Musician” Department at the San Francisco Conservatory of Music. 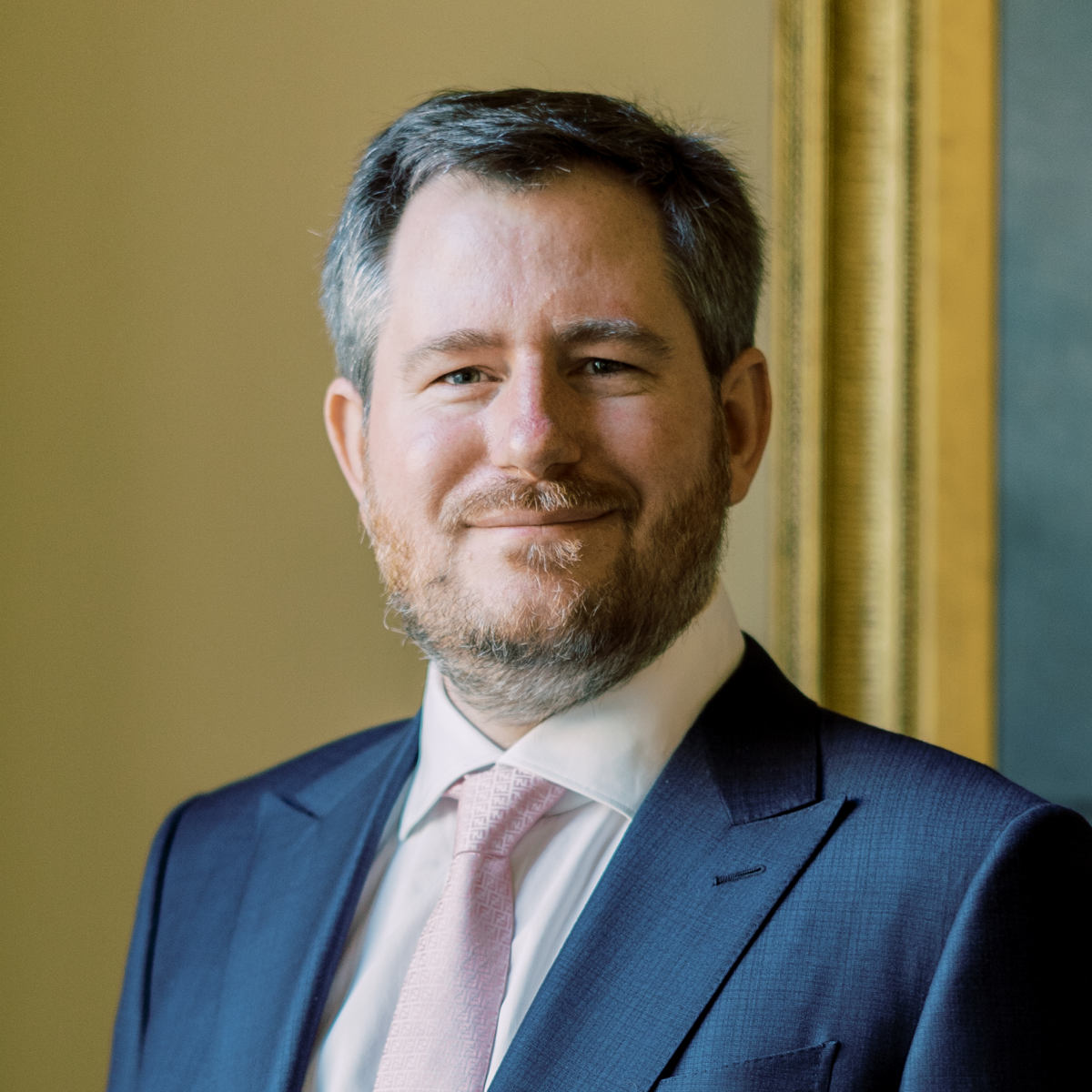 Originally from California and currently based in London, Benjamin Mitchell became a certified Alexander Technique teacher after studies at the Alexander Training Institute of Los Angeles. Since then, he has taught privately and through workshops at the Colburn School, Oberlin Conservatory, University of Southern California, and University of the Pacific. He also recently joined the faculty of the Lucerne Festival Academy in Switzerland.

Benjamin maintains an active performing career as a clarinetist and is the founder and president of the Kaleidoscope Chamber Orchestra. While leading Kaleidoscope’s artistic planning, fundraising, marketing, and other administrative needs, he produced over 300 concerts throughout Southern California from homeless shelters to Walt Disney Concert Hall. Benjamin has collaborated with other distinguished organizations including the Aspen Music Festival, Eighth Blackbird, Ensemble Intercontemporian, Enso String Quartet, Los Angeles Philharmonic, Lucerne Festival, Houston Symphony, Nash Ensemble, and the Riot Ensemble. 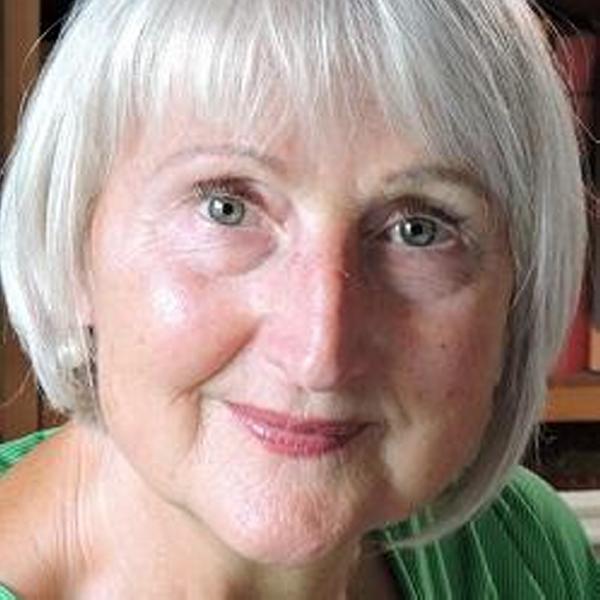 Rosa Luisa Rossi has been teaching the Alexander Technique since 1986. By intensively studying F.M. Alexander’s work and with extensive experiences in applying the work of the self in activity, she has a unique perspective on the Technique in the working world.

She currently is teaching many different strata of workers, from laborers to corporate executives. In the past she has worked for prestigious clients in Switzerland such as the Swiss National Bank, Zurich Insurance, Thomy Nestlé, Siemens SA, Straumann SA., Victorinox SA. The value of the Technique is now beginning to spread out to other companies and sectors. Since 2014 Rosa Luisa has engaged as an Alexander Technique coach at IMD in Lausanne, Switzerland, working with several professors in different programs. These professors are experts for developing global leaders through high-impact executive education.

Rosa Luisa Rossi was one of the 2008 Int. AT Congress Directors in Lugano. She helped create the Alexander Technique Congress Association in 2008 and has since then been a member.

She is committed to helping to develop the Alexander Technique worldwide. 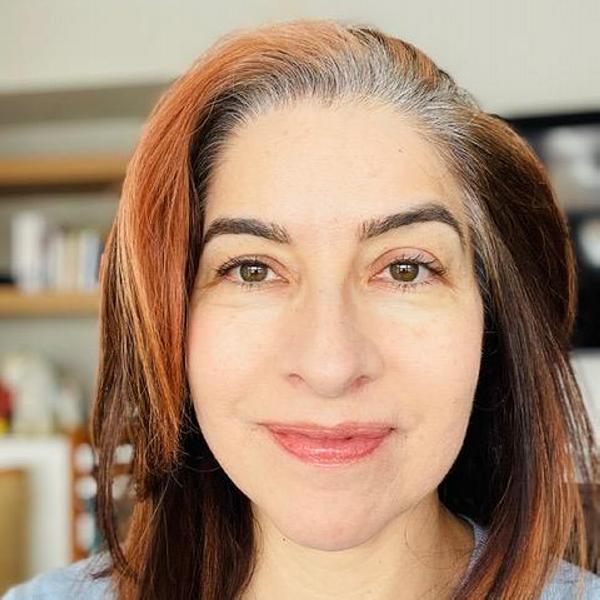 Jessica is committed to diversity, equity, inclusion, and accessibility. She opened her studio in NYC, making the Technique accessible to a wide audience, including emerging actors and performers. She has taught in Amsterdam, Montreal, Madrid, and Warsaw. Currently, she teaches in Boulder, Colorado.

Jessica also has worked on NASA-funded projects such as NASA@ My Library and the NASA Night Sky Network. Jessica is the recipient of a NASA Group Achievement Award. 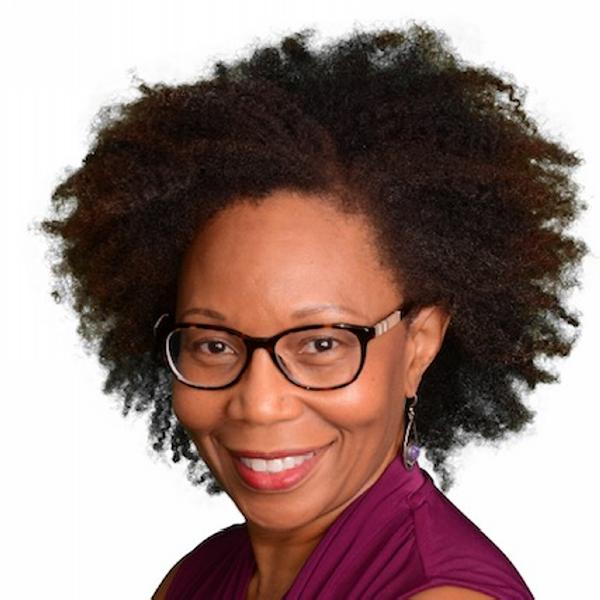 Lolita Brinkley is a movement coach specializing in postural re-education, performance enhancement and movement using a process called unleashed biodynamics, which she developed based on the principles of the Alexander Technique.

In the spirit of the Alexander Technique, she teaches students to coordinate thinking and movement so that the thinking leads the movement. This mind-body connection eliminates unconscious inefficient uses of the self which often introduce unnecessary stress and downward compression on the body. Lolita is interested in personal growth and assisting others in achieving optimum health and well-being. 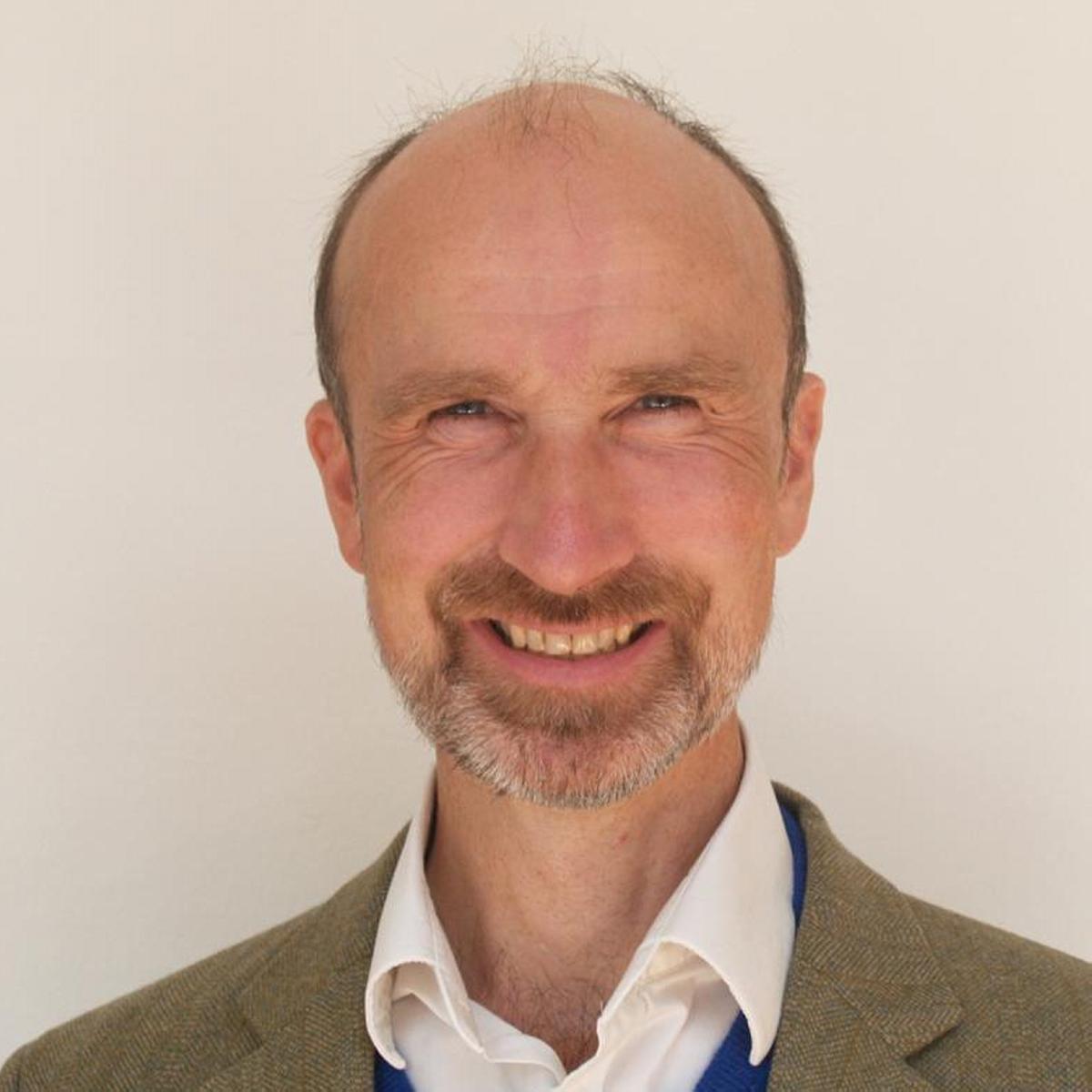 Jean M. O. Fischer trained 1984-87 in his native Denmark. He did two post-graduate terms at the Constructive Teaching Centre (CTC) and taught for one year at CTC. Between 1990 and 1995 he taught at the North of England Teacher Training Course in the Alexander Technique.

He has been assistant director at The Alexander Technique Studio’s training course in London 1997–2012. He taught at the Constructive Teaching Centre (CTC) 2011–2015 and has given CTC workshops at the International Congress of the Alexander Technique in 2008, 2011, and 2015. He gave the F. M. Alexander Memorial Lecture in 2013. He has given various other workshops for teachers and the general public since 1989. 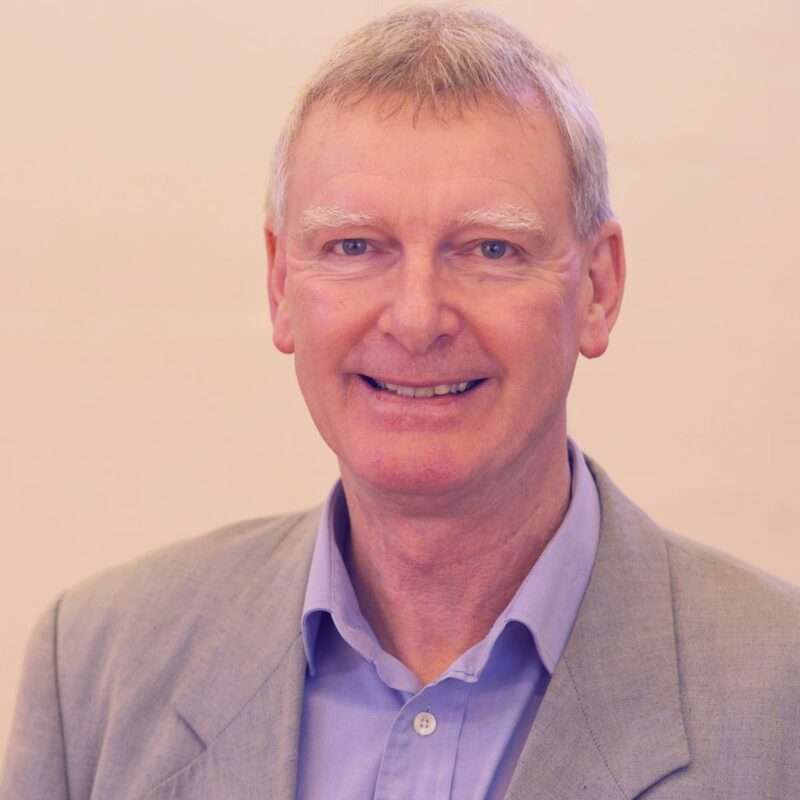 Jamie McDowell is Director of the Fellside Centre in Kendal, a training facility in the Lake District of England. He has been teaching the Alexander Technique since 1984 and is currently Head of Training at Cumbria Alexander Training. Originally Jamie became certified under the direction of Don Burton in London and has lived and worked in England and throughout Europe.

He is active with other European Alexander Teachers organizing events throughout Europe and attending annual gatherings, where he has presented workshops on functional anatomy (the Use of the Arm) and teaching modalities (Styles of Teaching).

In 2015, he gave the FM Alexander Memorial Lecture at the STAT Conference in London.

Currently, as the Editor of STAT news (the newsletter of the Society of Teachers of the Alexander Technique) and Co-Editor of The Alexander Journal, Jamie has ongoing contact with a wide range of opinion-makers in the Alexander world and looks forward to hosting the 2018 Congress in Chicago. 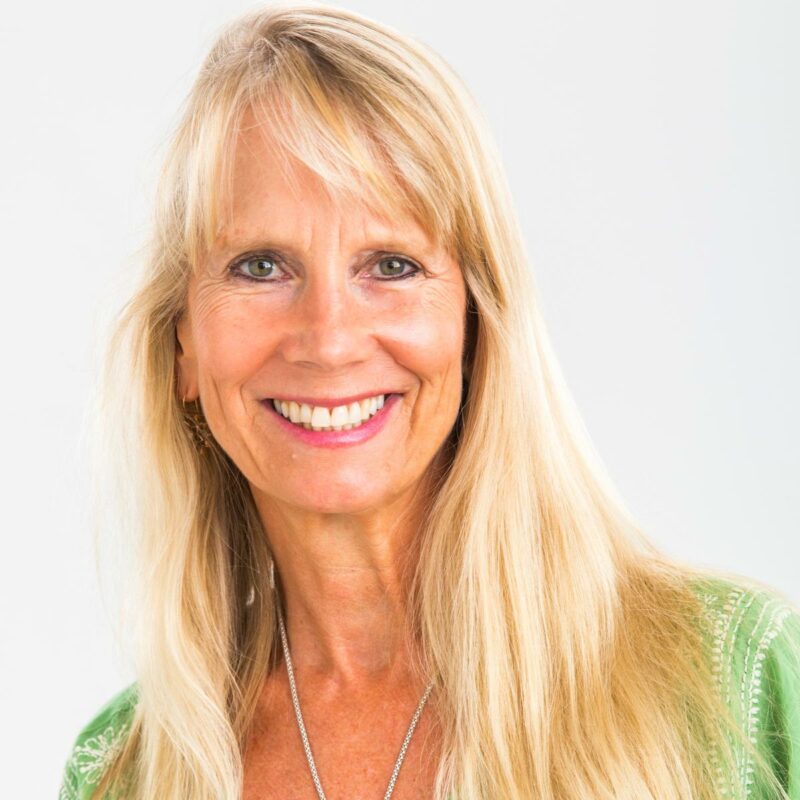 Carol P. Prentice is a senior teacher of the Alexander Technique specializing in somatic education and health for 30 years. Carol trained with master teachers Frank Ottiwell and Rome Robert Earle at the Alexander Training Institute in San Francisco. She graduated in 1986. Since graduating, Carol has furthered her training with first generation Alexander Teachers here in the U.S. and in Europe.

Carol graduated from the California College of Ayurveda as a Clinical Ayurvedic Specialist (CAS) and a Pancha Karma Specialist (PKS), She was the Internship Director from 2008 to 2016. Carol is also a certified 500-RYT Yoga Teacher in the tradition of Sri T. Krishnamacharya from the Healing Yoga Foundation in San Francisco.

Carol has taught the Alexander Technique in California, Hawaii, and Europe, in venues as; Strawberry Music Festival at Pepperdine University, Hawaii Performance Art Festival, Spine Care Rehabilitation Center (S. F.), Ventura Pain Clinic, Poised Rider Equestrian Clinic, and the Barron/Brown Acting School among others. She has created Hands-On Retreats, a 5-day retreat where she combines her training of Alexander, Ayurveda, and Yoga empowering people to take responsibility for their own health and healing.

Carol currently lives in Ojai, CA where she has a private practice. She is an AmSTAT certified teacher and was one of the Co-Directors for the 2018 Congress in Chicago. 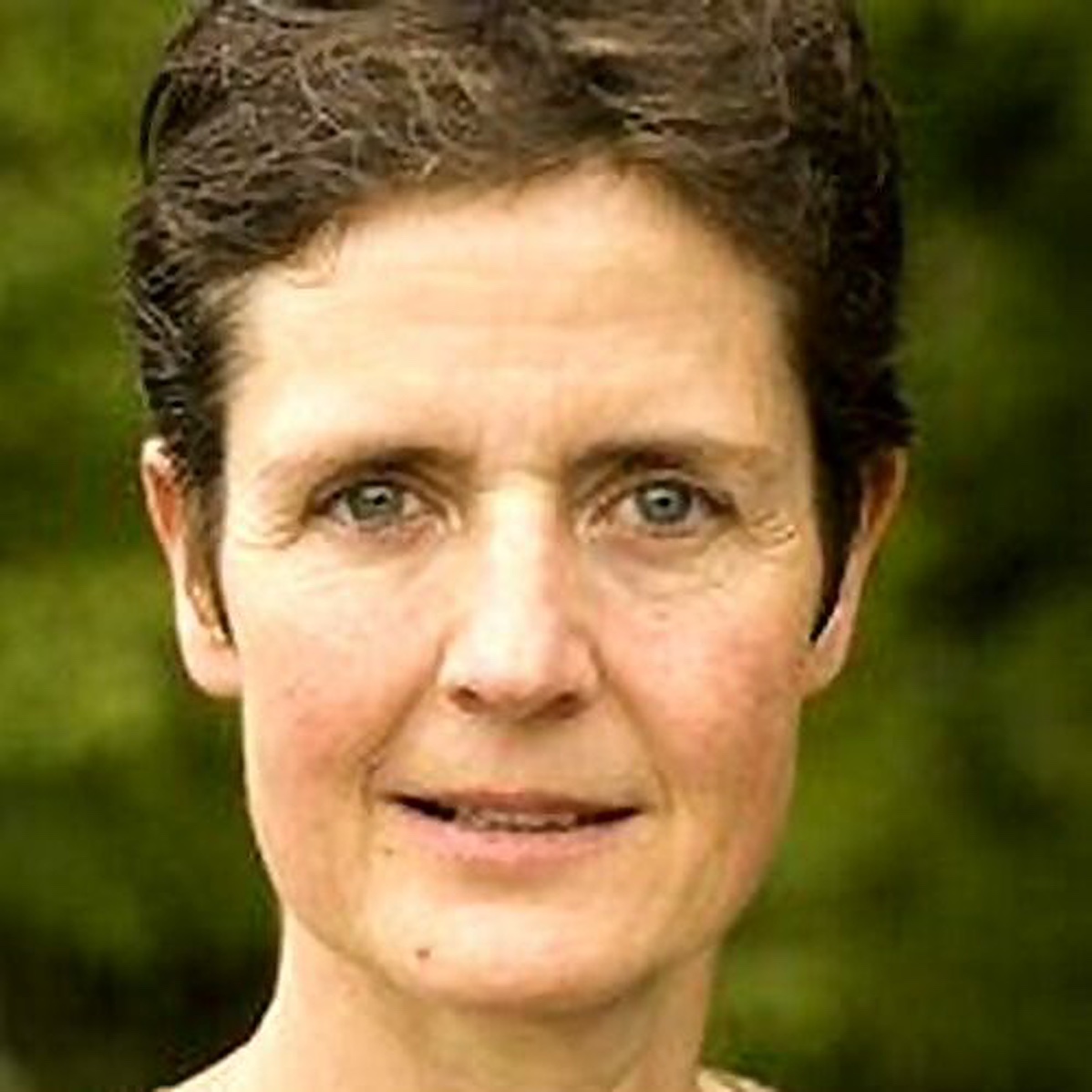 Lucia Walker qualified in 1987 after 3 years training with her parents Dick and Elisabeth Walker at the Alexander Teacher Training Centre Oxford. She teaches the technique to individuals, groups and on teacher training programmes and holiday workshops in England, France, Germany, US, and Japan. After qualification, she also assisted on her training school in Oxford for many years. Working with performers is a particular interest and she works regularly with classical musicians, singers, actors, and dancers.

Fascination with the relationship of vision to use and movement led to ongoing study and teaching with ALTEVI (Alexander Technique and Vision) with whom she led holiday study retreats and workshops.

She has also explored Nonviolent Communication (NVC) which like AT supports the ability to change habitual responses and facilitates listening more deeply to oneself and others.

She continues to work as a movement artist, specializing in Contact Improvisation and Instant Composition, teaching, directing and performing.

Lucia was one of the three Directors of the International Alexander Congress held in Oxford in August 2004 and has presented at 6 of the other International Congresses.

Since 2014 she has been co-director of  Alexander Technique Learning and Teaching Programmes, Johannesburg, running a teacher training programme and introducing the work in a variety of contexts.