This Workshop-Mini has already taken place. 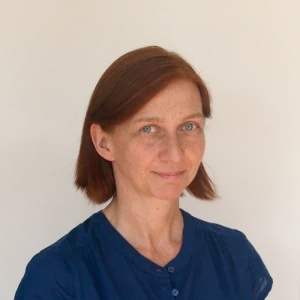 Irene Tasker – insights from her life, work and writings

Irene Tasker (1887-1977) was a close assistant to F. M. Alexander and a pioneering Alexander Technique teacher. After she first had lessons with Alexander in 1913, she became (alongside Ethel Webb) his assistant in 1918. In 1924, and with Alexander’s support, she started the “Little School”, a school for children, using Alexander Technique principles as the foundation of all the school work. In 1935 Tasker went to South Africa where she single-handedly introduced the Alexander Technique to a new country and thereby became the first teacher and non-family member who started an independent teaching practice. Despite certain disagreements between Tasker and Alexander, they maintained a very friendly and respectful relationship, which is palpable from letters and from notes she took during visits to Alexander’s teacher training course (starting in 1931), a refresher course in 1937, and lessons she took with Alexander throughout the years.

This will be a lecture rather than a workshop. After a very brief overview of Irene Tasker’s life and her contributions to the Alexander Technique, I will talk about the origins of application work and then focus on a few interesting insights from Irene Tasker’s notebooks.

CATEGORIES
AT Principles and Procedures