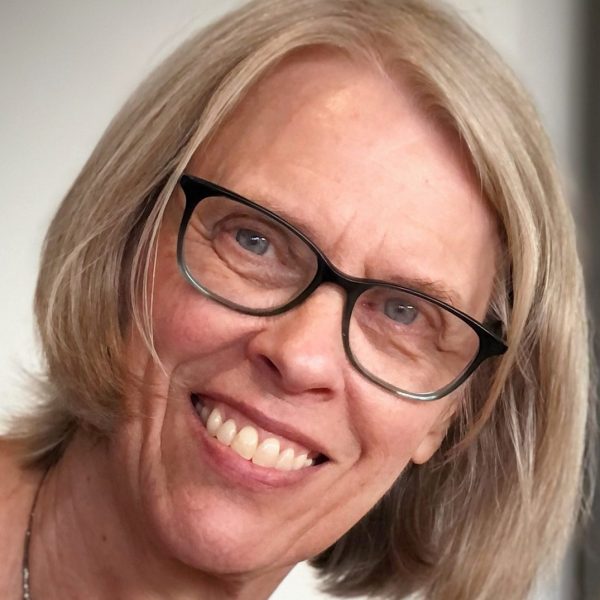 Perhaps my favorite moment, in teaching the Alexander Technique, is the look of wonder and delight on the face of a performer, when they realize that they don’t have to push or force or squeeze in order to be heard or seen. It is from this strong, centered place, that they can share their performance with an audience — and it is their openness that allows the audience to enter – there is give and take, a \”mutual love affair\” between performer and audience.
That was what happened for me 30 years ago, when I discovered the Alexander Technique. AT opened the door to unlimited creative possibilities; I discovered I could perform with greater depth and authenticity, yet with less effort. I wanted to know more!
I became certified in 1994, and since then, I’ve worked with hundreds of performers, speakers, and teachers throughout the U.S. and internationally, offering them a means whereby they can share their most authentic creative impulses with an audience. Many, many times, I have seen that look of wonder and delight as an actor or musician realizes that the music or text is moving through them, they are a coordinated whole, and all they have to do is “get out of the way.”
I have taught movement for actors in BFA and MFA programs and led workshops for musicians, choirs and performers. Most recently, and very happily, I am the coauthor (with Meade Andrews) of Your Body Knows: A Movement Guide for Actors (Routledge, 2020).
Here\’s the story of my \”moment of awe and wonder\” – my first encounter with performing \”under the influence\” of AT:
My love affair with AT began on my 32nd birthday, and it changed my life forever. It was the moment that I experienced, for the first time since childhood, a sense of freedom, openness, and balance in my body.
I had become aware of AT when a brochure came to my mailbox at the college where I was teaching acting. At the time, I was frustrated, because my students did not move well. They were stiff and habit-ridden in their physical life when playing a character, and I was powerless to help them.
The brochure read, “You Have a Choice about the Way You Move.” I stared at the statement, and I almost cried. I thought, “No, I don’t.” And then, “Because I don’t know enough to have a choice. And neither do my students.” So, I signed up for the workshop in the Alexander Technique.
My life-changing experience took place in a group performance class in which each person had brought a piece of music or a bit of text to share. The teacher, Barbara Conable, used her hands to guide me out of my restrictive patterns of tension. Patiently, she helped me to allow my body to move – into its natural, coordinated balance.
From this place of lightness and ease, I began to share my text with the class. I was surprised (and yet, a part of me was not surprised) to experience a sudden rush of emotion. I was sharing a poem by W. B. Yeats, which begins, “When you are old and grey and full of sleep, and nodding by the fire…”
Suddenly, as my body softened, my mind cleared. I was deeply aware of the poignancy of that moment in the speaker’s and the listener’s lives. My voice deepened and my eyes moistened.
I discovered that when my body was at ease, there was nothing, nothing between me and the text. No interferences blocked my delivery. My whole self – body, mind, imagination – were effortlessly connected. I felt that in that moment there were no barriers between my authentic self, my unique relationship with the text, and the audience.
It was WOW! Is this even me? And how was it happening?
I felt I was exerting next-to-no effort, but I was more connected, more alive, and more effective as a performer than I had ever been in my life. My gestures arose without effort or thought. I was 32 years old, I had been performing in plays since I was 13, I had a master’s degree in theatre. Why didn’t I know this? Why had I never encountered what it really means to act?
In that moment, I knew that I had to become a teacher of the Alexander Technique. My students at the college needed this wonderful information. And I needed it too.
Every day, I am grateful for that brochure that came across my desk, because now I do have a choice about the way I move, and so do my students.