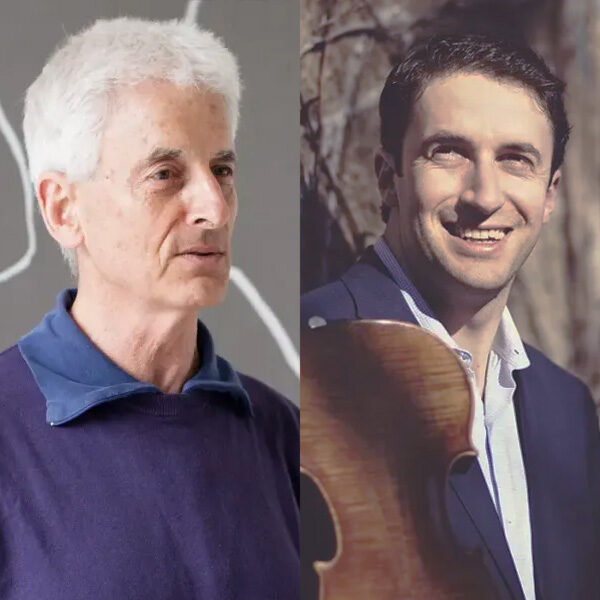 As the parent of a budding 4 1/2 year-old violin student, I was expected to learn violin a few steps ahead of my son so I could help him practice. Halfway through Suzuki Method Book 1, Noah zoomed past me and has not needed musical help from me since.

Alexander Technique help is different story, however. Through his growth into adulthood, the process of adapting skills to ever larger instruments and an every taller body did benefit greatly from Alexander Technique support. At first I only brought him to other AT teachers for this, but eventually was able to provide that help myself. He now asks for AT lessons when he needs and wants them. The Alexander Technique has helped me as a parent to stay out of the way of his natural unfolding as a musician.

A modern classical music career can be astronomically stressful and demanding, an easy thing to tie oneself into knots over. Alexander Technique provides a profound way to untangle oneself and to recover one’s openness to fresh musical discovery. It reopens what one can hear.

Considering it his life-long pursuit, Noah Bendix-Balgley has a personal sound that connects with his audience in a meaningful way. Whether he’s leading the Berlin Philharmonic as First Concertmaster, performing chamber music or in front of the orchestra as soloist, Noah’s gift of communication through music has reached listeners all around the world.

As a soloist, Noah regularly appears with leading international orchestras and in recital at the world’s finest halls. Upcoming highlights this season include debuts with the Orchestre Symphonique de Québec, Buffalo Philharmonic, NHK Symphony Orchestra and a play-direct program with the Kammerakademie Potsdam. Recent highlights include his concerto debut with the Berlin Philharmonic (play-direct), concerto appearances with the Verbier Festival Orchestra at Schloss Elmau, debuts with the Shanghai and Guangzhou Symphony Orchestras, and extensive recital tours throughout Asia and Europe, including performances at the Berlin Philharmonie, Beethovenhaus Bonn, National Concert Hall Wroclaw and National Concert Hall in Taipei.

In 2016 Noah composed and premiered his own klezmer violin concerto Fidl-Fantazye with the Pittsburgh Symphony conducted by Manfred Honeck, a piece which he also performed with the China Philharmonic. Further performance highlights include concerts with the Orchestre Philharmonique de Radio France, the Orchestre National de Belgique, the Utah Symphony, the Hong Kong Sinfonietta, the Auckland Philharmonia, the Nagoya Philharmonic, a tour with Apollo’s Fire Orchestra performing on period instruments and performing the Brahms Double Concerto with the Aspen Music Festival Orchestra and Alisa Weilerstein.

A passionate chamber musician, Noah performs in several fixed ensembles including a trio with pianist Robert Levin and cellist Peter Wiley and the multi-genre septet Philharmonix featuring members of both the Berlin and Vienna Philharmonic orchestras, which just released their 2nd album on Deutsche Grammophon. Recent and upcoming chamber highlights include performances at the Seattle Music Festival, Bergen International Festival, the Sarasota Festival, ChamberFest Cleveland, Zermatt Festival, Le Pont Festival in Japan and worldwide touring with Philharmonix including a multi-year residency at Vienna’s Konzerthaus.

Noah is also a renowned performer of traditional klezmer music, a musical style which has been part of his life since an early age. He has performed with world-renowned klezmer groups such as Brave Old World and has taught at klezmer workshops throughout Europe and the United States. He performs on a Cremonese violin made in 1732 by Carlo Bergonzi.
Noah Bendix-Balgley